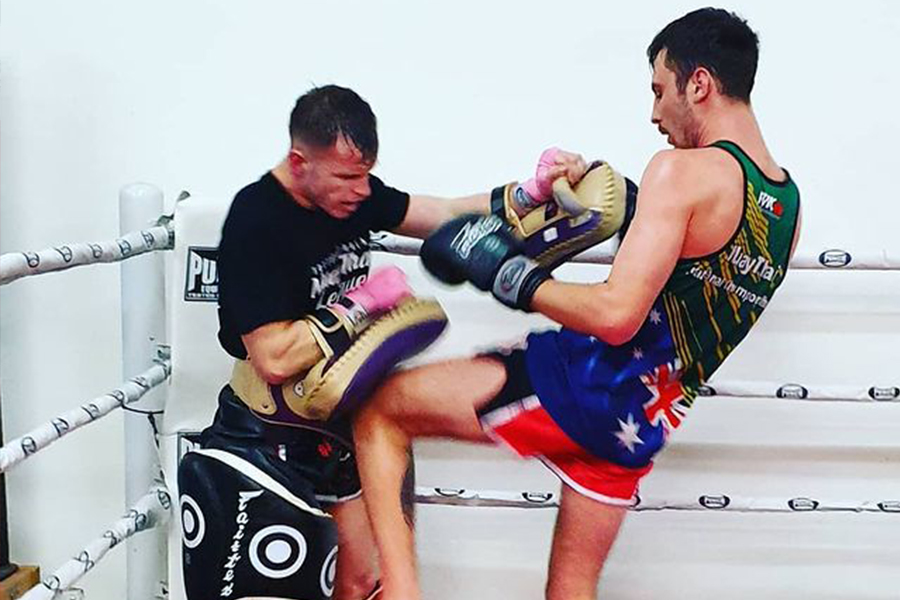 Want to train at a higher level?

We train and manage both amateur and professional athletes, males and females of all ages are accepted into our team.

Our coaching team is well respected and known Australia wide. We know Muay Thai is a dangerous sport, and as professionals we take our job very seriously. At SSMT your safety is our number one priority.

Our coaches will push you beyond your limits, making you mentally and physically stronger, smarter, faster and more powerful. Every training session will build your performance, teaching you correct Muay Thai style and technique.

We limit our total fight team size to 15 active athletes. All athletes must work to gain and keep their place in the team. As such, we expect all fight team members to perform at their best, and conduct themselves with respect and professionalism.

Athletes of the SSMT Fight Team typically have 0 to 10 fights under their belt.

Overseeing team management, performance and daily sessions is Co-Head Coach Kar Wong, with pad work being conducted by our team of pad holders and trainers.

All pad work and training sessions are conducted and led by Co-Head Coach Barry Saunders, along with the overall management and performance of the team.

As part of the SSMT Elite Fight Team, you will train alongside Australian team representatives, who have competed and won at international, national and state level.

Enrol for your first free session then build your skills before becoming part of the Southside Muay Thai Fight Team.

GET YOUR FREE TRIAL
Menu